Using GIS we are able to collate, visualise and analyse spatial and geographic data so our ecologists can:

❖ Quantify the impacts of developments on native vegetation

❖ Provide evidence of previous land use on vegetation

❖ Analyse spatial data for use in court evidence.

Our GIS team supports our clients and terrestrial and aquatic ecologists by:

Our GIS team includes Accredited BAM Assessors and all members are highly qualified in producing spatial data and figures that meet the required BAM standards.

Our GIS team also uses LiDAR data to produce advanced modelling including Digital Elevation Models to represent the terrain of a site and Canopy Height Models showing the various heights of vegetation.
The information in these models is often the backbone of a site’s biodiversity assessment and helps to refine vegetation mapping.

GIS or (Geographic Information System) is a framework that provides the ability to capture and analyse spatial and geographic data.

This allows users to store and edit spatial and non-spatial data and visually share the results via maps.
The term GIS was coined in 1968 by Roger Tomlinson, regarded as the “father of GIS”. He created the first framework for a database that could store huge amounts of data with many different applications.

For instance, 1832 French geographer and cartographer Charles Picquet created a map outlining the districts in Paris to represent the number of deaths attributed to cholera, while epidemiologist John Snow in 1854, also used spatial analysis to determine a cholera outbreak.

By plotting casualties on the map, he was able to identify the water source within each cluster that was responsible for the outbreak.

GIS has important applications for ecologists who use it to assess particular locations and the likelihood of damages within an ecosystems.

In particular GIS can examine the structural makeup of the landscape and habitat connectivity and identify landscape that may be threatened by human disturbance and urban sprawl. 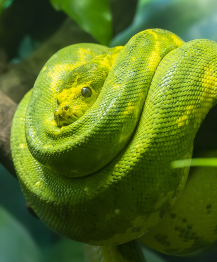